The LDRA tool suite integrates with Code Composer Studio by using the scripting API provided by Code Composer. This allows for seamless compilation, device programming and I/O capabilities. For example, when a user instructs the TBrun unit test facility to run a test case, Code Composer Studio is invoked and can bring up a simulator, load code into a simulator, extract and process the results – all in a single operation from the user point of view.

Having executed test cases on the TI target the TBrun GUI shows coverage and creates reports. 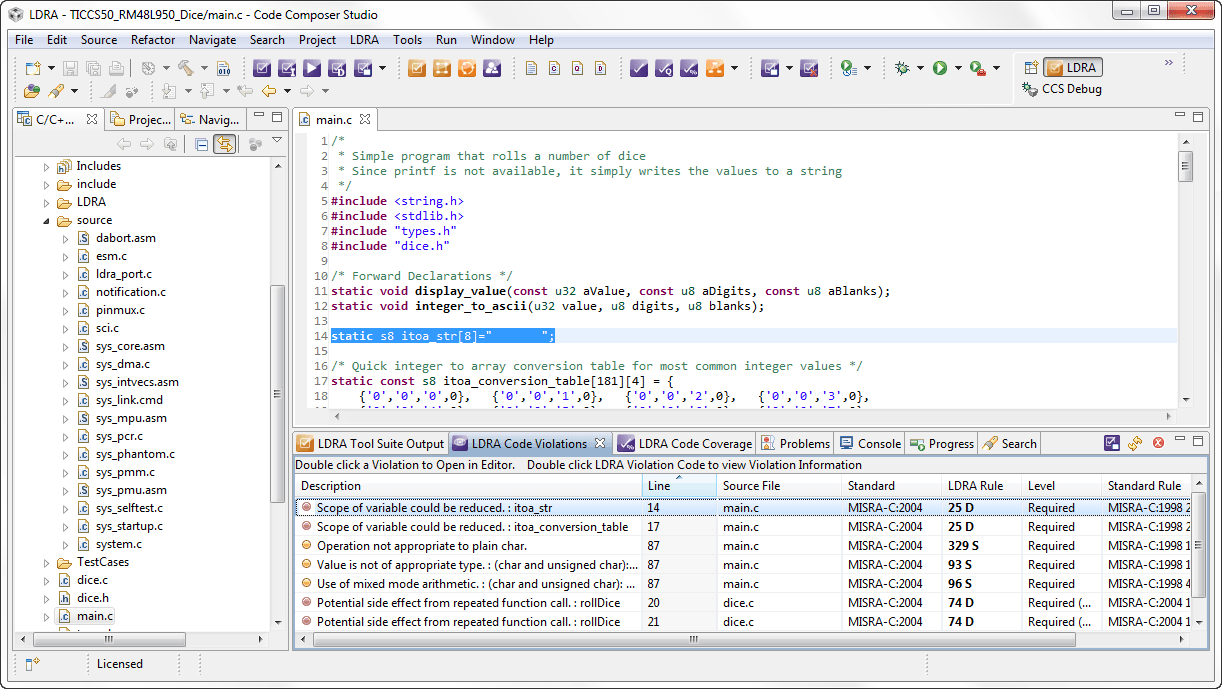 Despite the small form factor and limited resources available on some TI DSP’s, the full range of capabilities of the LDRA tool suite is available. In addition, a full range of TI DSP’s is supported, including the MSP430, C2xxx series, the C55xx series and the C6xxx series. This includes DSPs with and without floating point units and with as little as a few hundred kilobytes and as much as a few megabytes of code execution space. As part of the integration, technical documentation is provided to the user so that they can take full advantage of the capabilities of their particular platform.

The integration of the LDRA tool suite and TI Code Composer provides Code Composer DSP users a rich array of tools that are rarely available in small footprint environments. These include instrumentation for coverage of user code, test harness creation and capture of results. In addition these artefacts can be brought into TBmanager for requirements traceability. This allows for certification of safety critical systems running on small devices to regimes as stringent as DO-178C Level A. 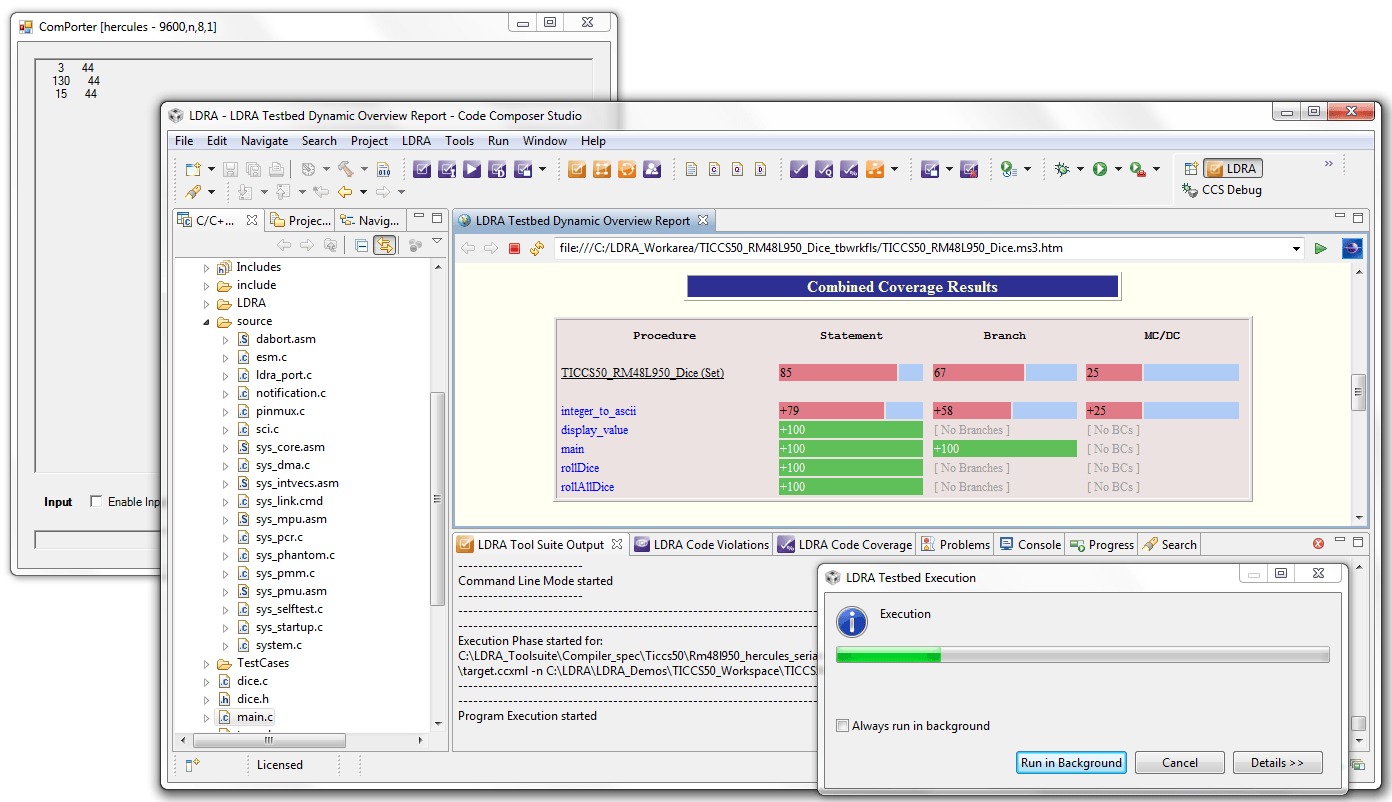